On Thursday, December 16, at the headquarters of the Board of Directors of the Hijos de Rivera Corporation, Ignacio Rivera Quintana was appointed  executive chairman of the family beer group head of Estrella Galicia, among many other beverage brands. Ignacio Rivera Quintana belongs to the fourth generation of the Rivera family, great-grandson of the...

Álex Márquez: «I was especially excited to see my contribution to MEGA and to be part of the family»

La entrada Álex Márquez: «I was especially excited to see my contribution to MEGA and to be part of the family» se publicó primero en mundo HR.

Estrella Galicia launches its own market place on TMALL, the largest ecommerce platform in China

TMALL is the third most visited website in the world, with over 500 million monthly users, and works as a sales and branding platform in the Asian country. Now, the Chinese consumers will have at their disposal the entire range of beers from Estrella Galicia, Estrella Galicia 0,0 and 1906, as well as glassware and...

The race ?5KM Solidarios? raises 9,500 euros for the Food Bank

About 700 people participated in some of the modalities, face-to-face or virtual, offered by the charity race 5KM Solidarios promoted by the volunteers of Corporación Hijos de Rivera. The industrial estate of Agrela in A Coruña was the scene of this event that took place on Sunday, December 12 and that safely brought together participants...

Estrella Galicia shares the spoils of Money Heist with its consumers

There is a special pack for fans of the brand and the series Money Heist that is not sold, it is achieved by negotiating with the actor Ramón Aguirre, who brings to life the fictional Logroño . Estrella Galicia celebrates the end of the Netflix series Money Heist  coinciding with its fifth and final...

The SON Estrella Galicia Posidonia festival, which celebrated its fifth edition in Formentera this autumn, certifies its carbon neutrality. A milestone reached after years reducing and improving its environmental footprint, backing positive impact as a hallmark since its birth in 2017. Within its commitment to the protection of ecosystems and the fight against the climate...

Estrella Galicia announces in São Paulo, Brazil, the construction of its second factory in the world

We celebrate our presence in the Spanish Pavilion of the Universal Exhibition Expo Dubai 2020 with the launch of a special edition of 66 cl. of one of our most differentiating beers: Estrella Galicia 0,0 Tostada. A packaging is destined to gain notoriety and impact both within the framework of Expo Dubai 2020 and in...

For the first time the 5KM Solidarios race promoted by the volunteers of Corporación Hijos de Rivera will be held in a mixed, face-to-face and virtual model, a proposal tailored to each runner. On December 12, the participants will cover 5 km in the surroundings of the A Grela Industrial Estate, leaving from the Estrella... 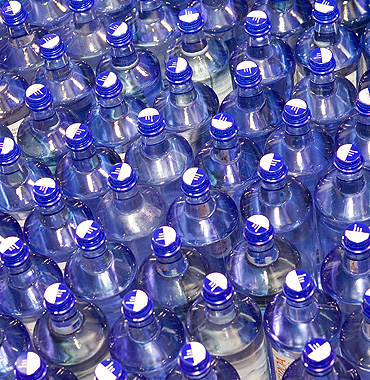